Panama is an unusual kitesurfing destination. Are you planning a kitesurf vacation to Panama? We congratulate you! You are doing a great choice. That´s simply because Panama got everythng in a small country. A great city, an infrastructure that commercially unites the planet and is considered the eighth wonder of the world. A museum dedicated to nature, islands that are so wild are the scene of survival programs on television, a dream archipelago, a mountain area, coffee plantations and volcanoes. Furthermore, Panama holds one of the world’s kitesurfing paradise: Punta Chame, the best kitesurfing spot in Panama!

Punta Chame offers flat waters, few people and consistent winds. The season for practicing kiting in Panama begins on December 15 and runs until May 15, beginning to decline from April. Throughout the month of January, expect winds to blow most days at a speed of between 15 and 30 knots. 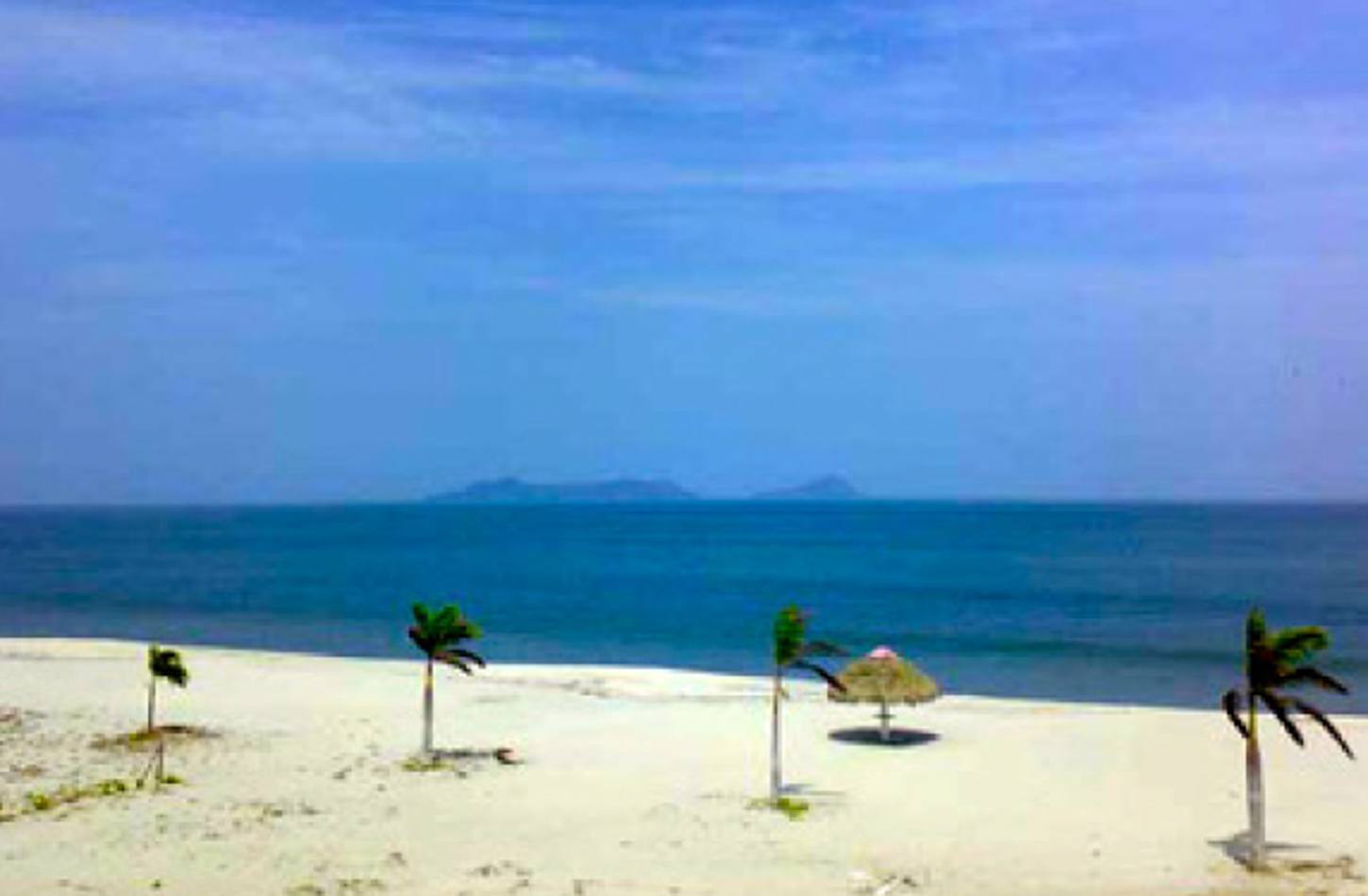 The kite spot of Punta Chame

This little town, with only 400 registered residents on the Pacific coast of the country, has become one of the meccas of kitesurfing in the Americas. Almost everything in this town, located on an isthmus that juts out into the ocean, revolves around this sport and other extreme disciplines.

In fact, the multi-champion of the kite world, Gisela Pulido, landed some years ago there to set up her own school after having gone for many seasons to do her winter training, when the southern coast of Andalusia made it impossible for her to fly and navigate with her table.

Being located just 100 kilometers from the capital makes its access easy for both day visits and longer stays dedicated to water sports in a very authentic environment.

The town of Punta Chame is located two hours by car from Panama City.. The warm climate, the wide sandy beaches and the trade winds from the north make it the perfect place to practice and teach kitesurfing, kiteboarding and foilboarding. This family of water sports uses the traction of the wind to propel kites attached with harnesses to the practitioners’ waist, who in turn carry attached to the feet boards of different sizes and characteristics with which they slide, jump, rise and do enviable pirouettes. If you have not had the pleasure of seeing or practicing it, you only have to check a video on the internet to want to ride on the Punta Chame sea.

Two good news for beginners of kitesurfing. The first: apparently it is an easy sport to learn. As long as the wind blows more than ten knots you can practice. The second: in Punta Chame you can find of the best kite schools in the world. Machete Kites, founded in 2003, has ten instructors of various nationalities certified by the International Kiteboarding Organization, and is a pioneer in foilboarding in Panama.

Itzick Lalo, a lover of the strong breeze, founded it and directs it. At his school, he offers personalized classes for adults and children over 7 years old with high-tech equipment that guarantees safety and good performance. Itzick started flying stunt kites more than 20 years ago. This hobby led him to become interested in traction kites and in 1996, with an equally feverish friend, he manufactured a three-wheeled buggy to which a kite was attached and began to roll down the beach with the energy of the wind.

Did you know that Punta Chame has a lot to do with the beginnings of kitesurfing?

Long before the 14th century, Indonesian fishermen and sailors are said to have harnessed the force of the wind with kite-like trusses to propel their boats and move through the sea. This technology became popular in the West in the 19th century, when the English George Pocock patented a traction mechanism for cars and boats with kites.

The evolution of these sports in America has to do with Punta Chame. Itzick has been a witness and architect of its development. “In 1998 we started experimenting in the water. In those times this was a town of ‘windsurfing’ (board with a sail that drives it), there was no ‘kitesurfing’ as a sport or information on the internet, much less instructors. That practice was literally a myth. Some crazy people in the world were said to sail with a ‘kite’ against the wind.

When the new millennium began, kitesurfing was already a recognized activity in Panama. Itzick started teaching it among his friends as a hobby, but in 2003 the demand was enough to open a school. Today, in addition to the possibilities for beginners, Punta Chame and Machete Kites offer the ideal conditions for professional riders to outdo themselves with advice, advanced sessions and equipment for sale from the best brands on the market such as Slingshot de Estados United, Ozone from New Zealand, DRR from Italy, Crazy Fly from Germany and Woodboards from Austria.

The postcards of Punta Chame stimulate even the most sedentary, in them you can see dozens of riders tied to huge kites gliding and rising above the sea with the sunset in the background. The feeling of freedom and harmony that they transmit keeps Itzick in love with this place and these sports. 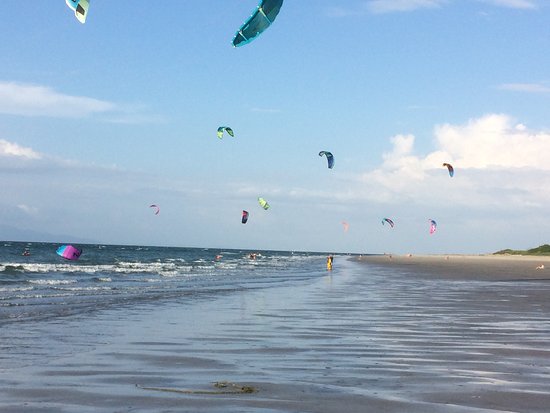